The United States has built a new Embassy in London In 2008 they announced the purchase of the site in the Nine Elms area of Wandsworth, and set out to produce a modern, welcoming, safe and energy efficient embassy for the 21st century.

Regarding the move, Ambassador Robert Tuttle, who led the search for a new site, said: “We looked at all our options, including renovation of our current building on Grosvenor Square. In the end, we realized that the goal of a modern, secure and environmentally sustainable Embassy could best be met by constructing a new facility.”

The design was opened up to competition to ensure the new facility reflects the best of modern design, incorporates the latest in energy-efficient building techniques, and celebrates the values of freedom and democracy.

When announcing the winning design by Philadelphia-based architects KieranTimberlake, Ambassador Susman said “We hope to contribute to the architectural heritage and future history of this great city. We will be, now and in the future, a vital contributor and a good citizen in the community of our new home.” 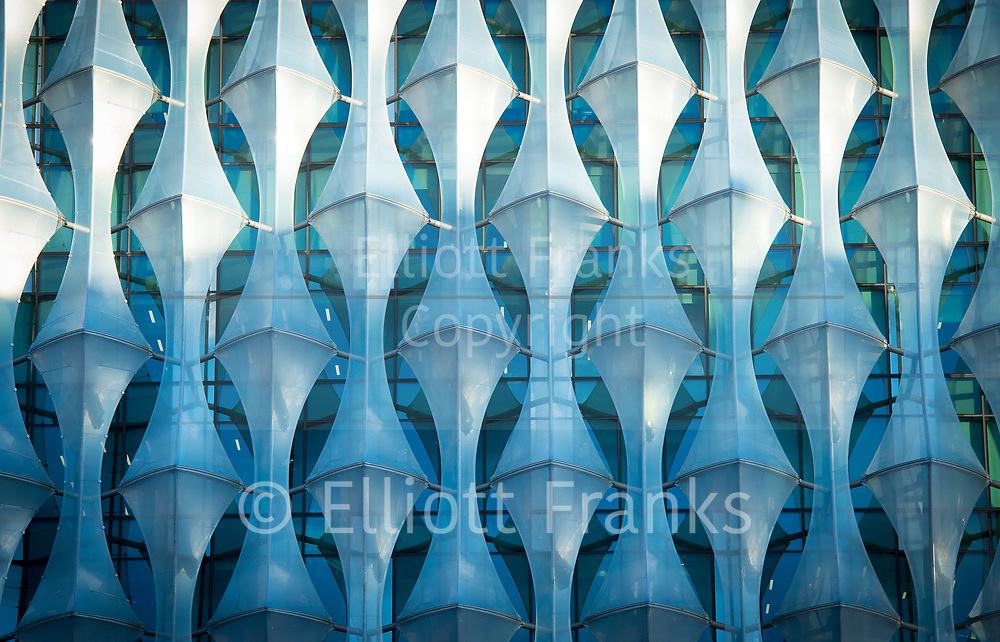